Getting an attorney to help you in your situation can be scary. Many people don't know where to start, what to do or how to find the right attorney. We've provided some general questions that can help you out! 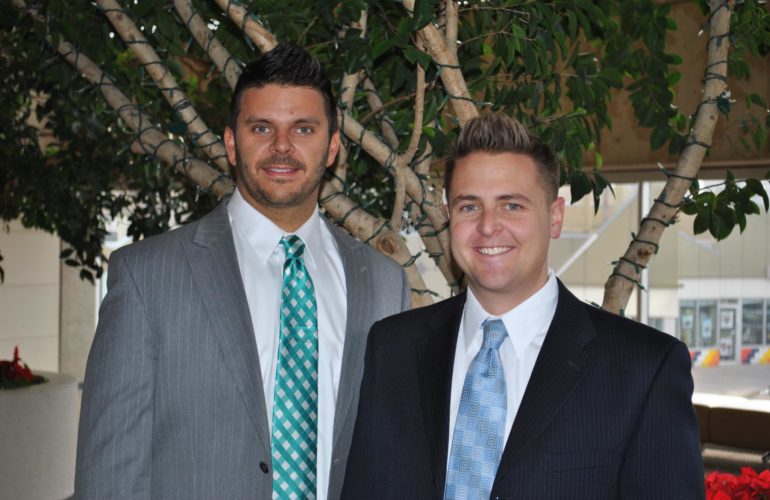 Does my company get free admission to the member club?

The Businext Member Club has a robust Corporate Membership program that offers a wide range of benefits: The cornerstone is free employee access to both club and forum. Please check our roster to see if your company is eligible for becoming a member of ours.

How can my company get involved at the Businext Club?

Businext club inspires and engages the employees & clients of nearly 300 of the most distinguished and innovative global businesses. Join today to enjoy exclusive events, one-of-a-kind experiences, and team-building activities that will spark creativity and new ideas.

What are the marketing opportunities for my company?

How do I host an event at the Businext Club?

At select levels, corporates have the exclusive opportunity to host an event at the Businext Club. (Additional rental fees do apply.) For more information about becoming a member of that, please visit our Corporate Membership page or call (012) 345-6789.

Our attorneys have defended their clients against a wide array of accusations. Criminal Law is no joke and we take matters very seriously.

Should I talk to the police?

It's often in your best interests to avoid making a statement or signing anything. If the police are investigating you, you may or may not be aware of it. At some point, they may ask you to come into the station and give a statement. Instead of talking to the police, hire a criminal defense attorney. An attorney can intercede on your behalf, talk to detectives, and get valuable information which may result in charges not being filed. Most importantly, hiring an attorney will keep you from giving a statement that the District Attorney may ultimately use against you at trial.

Can police arrest me without evidence of my guilt?

Only if they have probable cause to believe you've committed the crime. Once they have probable cause, they can arrest you in a number of ways: 1. They can make a lawful arrest. If you're arrested and are in custody, your arraignment generally must occur within 48 hours; 2. If they believe you're not a risk to flee the area, they may submit your case to a District Attorney's office who in turn will send you a letter in the mail asking you to appear for an arraignment; or 3. They may ask you to voluntarily surrender yourself at the police station.

What happens at an arraignment?

What is a preliminary hearing?

What happens after the preliminary hearing?

If the judge determines that there are enough facts to believe that you committed the crime, your case will be sent to the appropriate court for trial. Once there, you again will be arraigned on the charges to be filed against you. These charges may differ from your initial arraignment. This is because the District Attorney is free to file any charges they believe were proven at the preliminary hearing, including charges that were not in the original complaint.

What is a pretrial conference?

Your next date in court will be the pretrial conference. At the pretrial conference, your lawyer will argue pretrial motions, such as motions to suppress or exclude evidence from trial and motions to dismiss the case for insufficient evidence. Your attorney can also discuss a plea bargain with the District Attorney. A plea bargain may result in you pleading guilty to a lesser charge in order to obtain a lighter sentence or reducing a charge from a serious offense to a simple felony, or wobbler offense. Generally, a wobbler offense is one that has the possibility of "wobbling down" to a misdemeanor.

What happens at trial?

If no disposition is reached on your case, it will be set for trial. The typical stages of a trial include selecting a jury, presenting evidence, cross-examining witnesses, and making closing statements. After all of this, the jury will deliberate and return a verdict. In some states, a mistrial will be declared if the jury doesn't reach a unanimous verdict or if the jury is at a standstill.

Divorce and custody cases can take an emotional and financial toll. See our FAQ below to reveal answers to the most common questions we get about Family Law.

I am getting divorced. Do I need an attorney?

It ordinarily is a good idea to consult with a lawyer about major life events or changes, such as a divorce. S/he will protect your rights, as well as the rights of your children. S/he keeps current with the laws in your state concerning marriage, divorce, marital property, child custody and visitation, and family support.

What are the legal grounds for obtaining a divorce?

The grounds for divorce depend on the state, and may be based on no-fault or fault. A no-fault divorce is available in some form in all 50 states; many states also have fault-based grounds as an additional option. A no-fault divorce is one in which neither the husband nor the wife officially blames the other for the breakdown of the marriage. Common bases for no-fault divorce are "irreconcilable differences," "irretrievable breakdown" or "incompatibility." Another common basis for no-fault divorce is that the parties have lived separately for a certain period of time (varies from state to state) with the intent that the separation be permanent. The list of grounds for a fault-based divorce may include: adultery, physical cruelty, mental cruelty, attempted murder, desertion, habitual drunkenness, use of addictive drugs, insanity, impotency, and infection of one’s spouse with venereal disease.

Who determines how assets are divided in a divorce?

Generally, spouses are free to divide their property as they see fit in what is called a "marital settlement agreement," which is a contract between the husband and the wife that divides property and debts and resolves other issues of the divorce. Although many divorces begin with a high level of acrimony, a substantial majority are settled without the need for a judge to decide property or other issues. However, if the division of property cannot be settled, then the court must make the determination. Laws vary from state to state. As a starting point, many states allow both parties to keep their "nonmarital" or "separate" property.

How do courts determine who gets custody of children in a divorce?

If the parents cannot agree on custody of their child, the courts decide custody based on "the best interests of the child." Determining the child’s best interests involves many factors, no one of which is the most important factor.

What is joint custody?

Joint custody has two parts: joint legal custody and joint physical custody. A joint custody order can have one or both parts. Joint legal custody refers to both parents sharing the major decisions affecting the child, which can include school, health care and religious training. Other considerations under these types of custody agreements can include: extracurricular activities, summer camp, age for dating or getting a job, and methods of discipline. Joint physical custody refers to the time spent with each parent. The amount of time is flexible, and can range from a moderate period of time for one parent, such as every other weekend, to a child dividing the time equally between the two parents’ homes. In situations where the time spent with both parents will be divided equally, it helps if the parents live close to one another.

All 50 states have adopted child support guidelines. Some states use tables that indicate a support amount for different ranges of income, similar to tax tables. Although some states base support on the payor's income, many states use an income shares model, which is based on the income of both parents. Usually, the parent without the child the majority of the time will pay support, but if both parents share time with the child equally, the parent with the greater income usually pays support. The support may be reduced based upon the amount of time the payor spends with the child. Some states also cap support at a certain income level. If a parent is intentionally not working or is working at less than he or she is capable of earning, the court can "impute income," which means setting support based upon what the parent is capable of earning rather than actual earnings. States vary on what expenses are included in child support. For example, some states include medical expenses and day care, while other states add those costs on top of the child support.

What happens if a parent does not pay court-ordered child support?

In 1994, 5.4 million women with children were due child support (far below the number eligible for such orders). However, of the 5.4 million, only slightly more than half received the full amount, while a quarter received partial payment and a quarter received nothing at all. Various enforcement mechanisms exist against these so-called "dead-beat parents," including automatic withholding of the obligor’s income. The court has the power to hold a party in contempt for violating a court order. The contemnor must be allowed an opportunity to "purge" the contempt, meaning to comply with the order. If the contemnor does not purge the contempt and has the ability to pay, the court has the power of incarceration, although usually for a limited amount of time, such as six months per contempt citation. In addition, many states have criminal penalties for failing to pay child support. Recently, Congress has enacted many new enforcement mechanisms, creating greater collaboration between federal and state governments. These include suspension of driver’s licenses and professional licenses, seizure of tax refunds, seizure of bank accounts and investment accounts, and even publishing the name and picture of the "dead-beat parent" on posters and in newspapers. The law also improves interstate enforcement by bolstering federal services to locate parents across state lines and by requiring all states to have common paternity procedures in interstate cases.

Do grandparents have visitation rights to their children?

Inmate Caught on Tape Ordering a Murder for Hire